Volume discounts may be available. Please email us your enquiry for further information.

Please Note: All Pictures Shown Are For Illustration Purposes Only. Actual Products May Vary Due To Product Enhancement.
All Products Sold Through This Website Are Condition: New
SKU: 3m-tape Category: Tape
Have You Considered:

3M™ Polyimide Film Tape 5419 is a translucent polyimide film tape with a silicone adhesive. This tape is 2.7 mil thick and can be used for PCB solder masking and other high-temperature applications, within a range of -73°C to 260°C.

Conventional polyimide electrical tapes can typically generate over 10,000 volts during use which can damage board mounted electronic components. 3M tape 5419 overcomes this problem without any of the typical drawbacks of conventional “anti-static” or “static-free” tapes (e.g. variable adhesion and opaqueness.)

As the tape generates a low static charge, it is a suitable option for some ESD controlled environments such as clean rooms. As it generates smaller levels of electrostatic discharge when removed, it can be used on and around sensitive equipment and components with minimized risk of ESD damage. As such, it can be used as a mask for printed circuit boards during wave solder or solder dip processes. A reliable transparent adhesive tape, it can also be used in office and warehouse environments for general-purpose applications such as;

What is ESD tape?

ESD safe tape is primarily used as a safety device, so that you can reduce the risk of contamination of your products. Where equipment contains a semiconductor, such as a memory chip, ESD control is needed so that it is not damaged, and ESD safe tape provides one way of managing the risk. It is often used in addition to storing the equipment in a cleanroom.

What are electrical tapes?

3M are a trusted name in tapes and adhesives. With a huge range of versatile and specialist tapes, 3M support dozens of industries and applications, from heavy-duty construction to DIY around the home. Whatever your needs, 3M supplies an adhesive tape that won’t let you down. 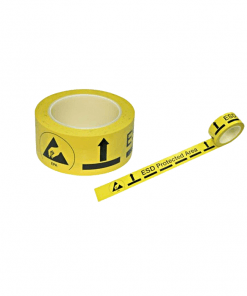 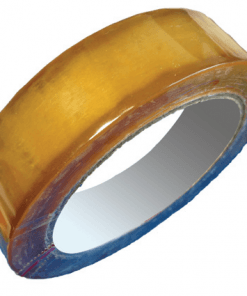 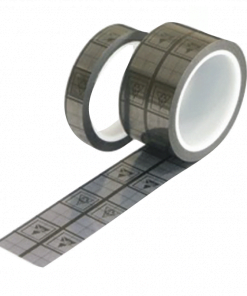